The holidays are, for many,
all about traditions.
In my family, one Thanksgiving tradition was hot-bacon dressing over greens. This recipe was one of my grandmother's, who I was very close to. It's Pennsylvania Dutch, and to me it always reminds me of her. After she passed away, we still made this as it had become a needed part of the holiday meal.
Strangely enough, right at this time my sister married, and her husband's mother also made the dressing. I feel that this was one of the things that helped bring together the two families. My brother-in-law's parents came for Thanksgiving, and it was like my grandmother was still there, and these two ladies and their recipe was connecting us all. The recipe was a tradition we kept.
A new tradition for our now bigger family also came from my brother-in-law's mom, egg noodles (served with the gravy.) I love these noodles, as the are also traditionally Pennsylvania Dutch. She made this for many years, but after she also passed away, we did not have it for two years. I think we simply forgot about it. I decided to start bringing the noodles the next year. It was something I missed, and I didn't want to lose the tradition. Two years later, I brought my DH to Thanksgiving. As it turns out, he loves egg noodles. So this once-new tradition brought together a now even-larger family.
The lesson? Keep all the traditions you can, and don't be afraid of making new ones. You never know what the family will remember, and one day your kids might continue them on. 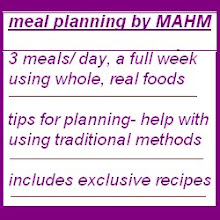 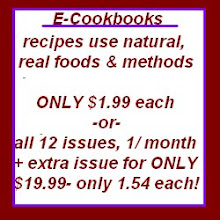